Last summer, I kicked off the next phase of my publishing company, ALIEN AGENDA PUBLISHING.  We decided to go with a summer package featuring re-releases of novels by Mick Ridgewell (The Nightcrawler) and David Bernstein (Skinner), and introduced Jackson R. Thomas.  The “Summer of Horror” kicked off with The Beast of Brenton Woods, a fast and ferocious short novel about a legend known in the town of Coopers Mills as “The White Wolf”.

That book was a big hit for AAP, and we sold the audio rights to the fine folks at Tantor Media (with a fine vocal performance from Joe Hempel).  That audio edition is available now (To order, click HERE)

To get to know Mr. Thomas a bit better, check out the rare interview he did with House of 1000 Books

And that brings us to the latest offering: Paradise, Maine

“Thomas brings the goods and packs them into bite size zip-lock freezer bags, making sure to keep the horror fresh on every page! A must read.” – Kendall Reviews

This one just came out last month. If you’re into splatterpunk, check it out. 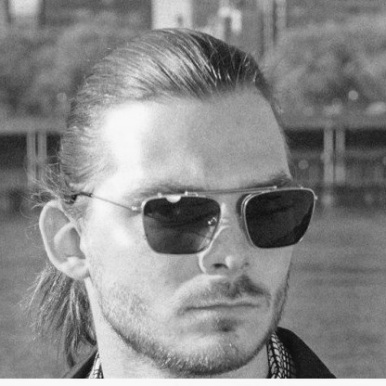 Jackson R. Thomas has lived in Colorado, New York, and now resides in Coopers Mills, Maine with his cat, Gizmo.

He loathes social media, and has worked as a janitor, fast-food slave, record store clerk, and night auditor at an unnamed hotel on Route 1.

He loves horror books, horror films, and the band, Ministry.

The White Wolf, the Beast of Brenton Woods, a legendary creature said to walk like a man. When the full moon rises, it will feast.

Unseen for years, truth has turned to rumor, mere folklore. Until something lures the monster from exile, calling it home.
For Tyler and Ben, a firsthand encounter leads to an exploration of the forbidden depths of Brenton woods, and for Ben, the discovery of a family secret.

When Wendy and her friends hangout in the abandoned cabin is compromised, the hunt begins. The target of a creature’s desire, Wendy is hearing whispers in the night, finding footprints outside her window, and can’t shake the dreadful feeling that something is waiting for her.

Deputy Kathy Wilcox understands the disturbances, the shredded carcasses, and the growing list of missing persons in town are connected to something larger than life. Will her acceptance of the legend end in tragedy?

There’s a full moon above, the night is coming down, and blood is about to run. 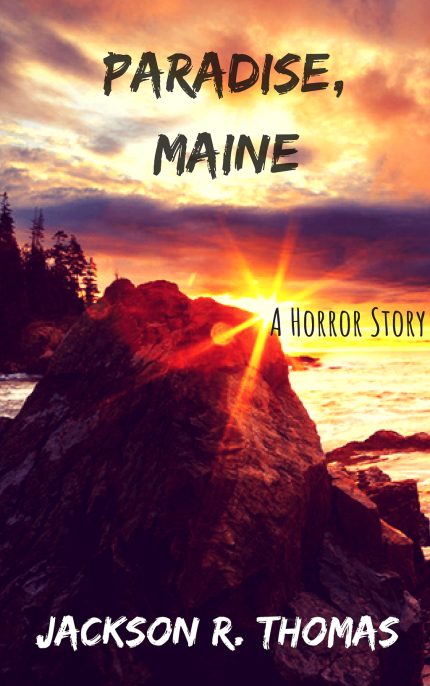 They needed a place to get away from it all… they’ll never be coming back.

When Darren and Vanis set out to free themselves from life’s anxieties and rekindle their relationship, a trip to the beautiful Maine coast sounds perfect.

The breathtaking views and gorgeous cabin seem like another world. One to get lost in and from which they never want to return. But something has an eye on them…

For Zebulun Ayers, a trip to connect with nature is far more than he ever saw on Man vs. Wild or any other reality TV show. This is the real wild life.

Paradise, Maine is home to a monster rarely seen and one never mentioned, even among locals. The Watcher is waiting.

It’s been a while…

Happy to announce that I have signed with FLAME TREE PRESS for my vampire novel, UNTIL SUMMER COMES AROUND.

UNTIL SUMMER COMES AROUND

It’s Old Orchard Beach, Maine in the summer of 1986. The pier, the fries, the tourists, and the sunshine blazing high above the Atlantic. For fifteen year old Rocky Zukas, it’s when he sees the beach side town he calls home come to life. Gone are the long, cold, quiet nights of the off season, and here, like magic, returns the beauty and wonder of the city’s heartbeat.

This summer brings her.

When a mysterious, dark-haired girl named November walks into his world, Rocky’s life is forever changed.

A story of love, loss, betrayal, and the undead, ends in explosive fashion after sundown.

In the tradition of such modern horror classics as The Traveling Vampire Show by Richard Laymon and Ghoul by Brian Keene, Until Summer Comes Around proves once and for all…the monsters are real.

Look for UNTIL SUMMER COMES AROUND to be released in mid-2020.

And I am so happy to be back with family like this.

From my first viewing of THE LOST BOYS to reading Anne Rice’s THE VAMPIRE CHRONICLES, ‘SALEM’S LOT by King, THE NARROWS by Ronald Mafi, and LIVE GIRLS by Ray Garton, this  one has been percolating for some time.

See the below video from my old band, THE NEW 45- “I Wanna Suck Your Blood”