I’m sure I’ve posted on this topic before, but I feel with my former publisher finally (for real this time) going out of business, I just wanted to look back on what I’ll miss about my relatively short time there.

First and foremost, Don D’Auria. I mean, Don was the only reason I went to Samhain. I didn’t care about getting published anywhere else, by anyone else. For me, Don was/is synonymous with great horror fiction. You say King, I’d say Don….not Don King, but you know what I mean.

I remember the first story I sent him. He sent back a reply that gave me so much hope. It was a rejection, but with a “send me whatever you write next” attached. An open invite from a guy that I regarded as “the man”. I sent him my novella, Abram’s Bridge. When I got the “I’d love to send you a contract” email, I almost died. I was the happiest I’d ever been (Wife and kids excluded).

I followed that novella up with a second, (Boom Town), and that with my werewolf novel  (Blood and Rain). Another novella (Things We Fear) followed, with the last acceptance coming for what would have been my second novel with the company, The Haunted Halls.

Shortly after signing the contract for The Haunted Halls, Don was let go and all of us were left shocked and confused.

But that stories already been told.

The takeaways for me: Don D’Auria, the guy who brought us Brian Keene, Re-introduced us to Richard Laymon and Jack Ketchum, and later brought us Jonathan Janz, Hunter Shea, Brian Moreland, Russell James, Catherine Cavendish, David Bernstein and many more said “yes” to five of my works. He saw something in my work that I thought might be there. Don validated me.

Samhain did a wonderful job of making us feel like rock stars, too. Walking into Barnes and Noble and seeing your book on the back cover of magazines like Horrorhound and Rue Morgue was friggin’ awesome. Going to World Horror Cons and seeing the Samhain banner as a top sponsor was awesome.

And the books were beautiful. They showed a company that cared about what their product looked like. Some people complained that the prices for our eBooks and print books might have been too high, but Samhain wanted to show that our art was worth something. Was it the smartest of decisions? Who knows. But I agreed with it. The slightly higher costs weren’t a money grab by the company. They truly wanted to show worth. That our books, our stories, our authors were worth that extra $1.50. And I believe they were. 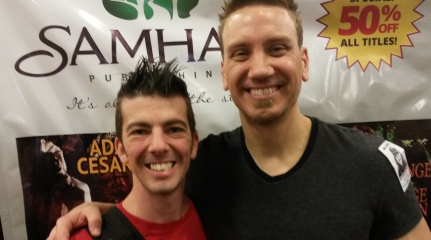 Being the centerpiece of the HorrorHound Conventions in Ohio and Indiana was amazing. I got to attend the last two. Getting to meet up with and sit by, and talk with your fellow authors, meeting their fans that showed up every year for the latest and greatest in horror literature was amazing. Getting to meet the people that worked for us, people like Kaitlyn, Jacob, Mackenzie, Amanda, Lauren, Matthew, and Tanya. I’ll never forget it, and I already miss it.

Knowing that once you were one of Don’s writers, that confidence that if you sent him a good  story, he was probably going to put it out. Once he believed in you, and you believed in you, that was it. That trust, that relationship…there’s no replacing that.

As I’m readying my next novel, BECOMING, I can’t help but wonder what Don would have said. I strongly believe he would have enjoyed it and Samhain would have contracted it, but that’s just not how things are anymore.

It’s with gratefulness, gratitude, and sorrow that I look back on my short time with Don and Samhain. We’re still in touch, so getting to add Don as a friend along with everyone else at the company is a major bonus, and makes moving on a bit easier.

It was great, until it wasn’t.

You can pre-order my next novel, BECOMING, now at Amazon. It comes out in eBook on 03.03.17. with the print edition to follow  in April.

Check it out and order if you’re in. ORDER HERE or click on the book cover (art by Jason Lynch). 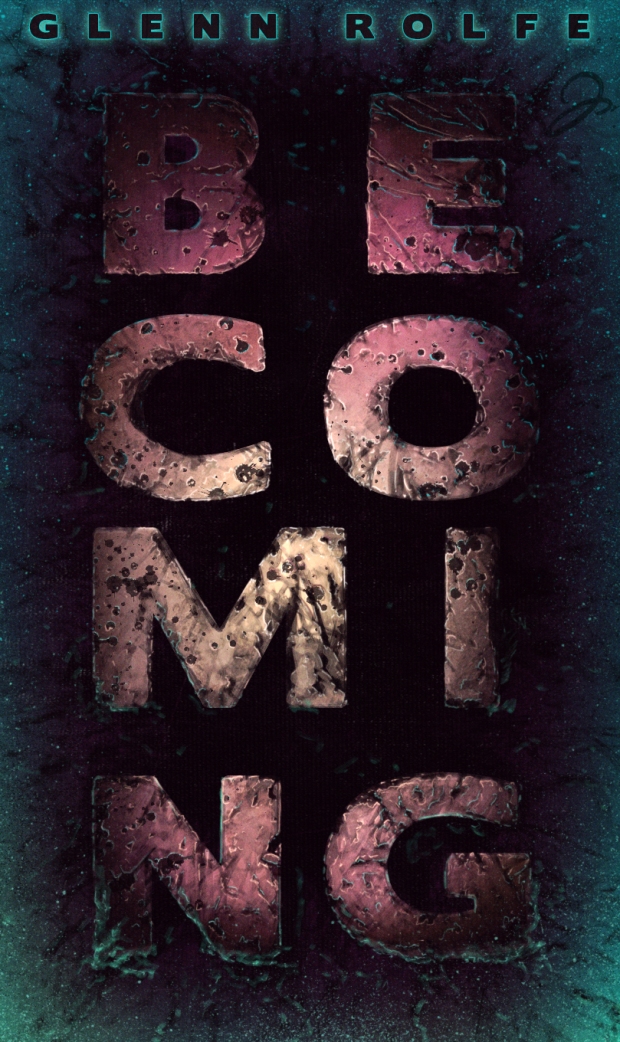 Something ancient has wormed its way up from the earth….
A change has come today.

After Michele Cote’s best friend disappears, no one believes her story of about the thing responsible for his abduction. Forced to figure out the mystery for herself, Michele encounters terror she has never known, and witnesses the impossible.

When other members of the community begin to change or vanish, Sheriff Shane Davis must look beyond reason in order to stop the evil seeping into this small town. With help from an unlikely source, Sheriff Davis will come face-to-face with the truth.
You can’t destroy what you don’t understand. For the town of Lincoln, Maine, the future is about change…for better or worse.

Becoming is the next horrifying novel from author, Glenn Rolfe. Pre-order today.