NEWS: After announcing the junking of the finished manuscript only a couple months ago, I’m happy to say that BECOMING will indeed be coming out in 2017. After some much needed time away from the finished work, and a reader seeking me out to ask whatever happened to it, I uploaded a draft to my Kindle (which is actually my daughter’s Kindle) and started re-reading it. Within a couple days, I had my problems with the book figured out and I’m currently blasting through the re-write.

It will feature a cover by my bud, Jason Lynch, and will be edited by the very talented and always super busy, Erin Sweet Al-Mehairi.  Pre-orders are up for the Kindle Edition at Amazon.com.

I also have a couple of cool short story announcements:

First up, MATT SHAW’s THE DEVIL’S GUESTS.  My story “Ballad of a Best-Selling Author” will appear as a bonus story in this one.

The Devil’s Guests
From outside the hotel looks like any other in the city. Inside though, a maze of ever-changing corridors, rooms filled with death, traps and – behind the reception desk with a welcoming smile, a sadistic owner who can not wait to help his guests check-out permanently.

From the twisted imagination of Matt Shaw, and partly based on the serial killer H. H. Holmes, comes a new extreme horror and a new way of telling the story. While Shaw writes the part of Henry, the sadistic serial killer, he has invited some leading horror authors to write their own characters – introducing them to the hotel before Shaw finishes the story off. This is not an anthology. This is one story with guest authors.

WARNING
This is not a pleasant story. This is an extreme horror with many disturbing and violent scenes. If you are easily offended, or shocked, please do not purchase this title.

Pre-orders are up now:

I an invite and acceptance to Horror Writers of Maine’s NORTHERN FRIGHTS anthology (edited by David Price).  My story, “Death Lights” featuring Lee Buhl from my novel, THE HAUNTED HALLS,  will appear alongside many other great tales.

My story, “Not Kansas Anymore” will appear in the VS. Anthology edited by Dawn Cano.  This one is also expected in early 2017. 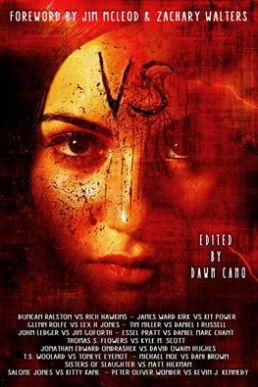 There are a few other things cooking for 2017, but we’ll have to wait and see how those shake out.