Summer is here! I won’t lie, even though all of us horror writers enjoy Halloween and fall, I still think this is my favorite time of year. Living in Maine, our summer lasts from June through maybe the middle of September. We’re lucky if we get a full two months of hot weather (usually July and August it finds its way to the upper 80’s/low-90’s) . So, when we actually get the hot sun, it is totally time to bask in the warmth and jump in the lake or ocean (which is still freezing). I will make my way to Old Orchard Beach  as much as the wife allows. She prefers the state parks, I like the crazy collection of tourists and beach people by the pier.

Tonight, the wife and I are heading up to Bangor to catch Def Leppard. No, for you younger folks, that is not a disease. They’re a mega-selling rock band from the ’80’s who still make great new music and continue to tour around the world.

I’ve been putting in a lot of writing work behind the scenes, as well. I’m very excited about my three upcoming releases. First up will be a triple shot of short alien-themed stories titled,  NOT OF THIS WORLD. It will be an eBook/Kindle exclusive and launch at a 99 cent special sometime before the end of June. We should have a cover reveal very soon featuring the artwork of my good friend, Jason Lynch.

In August, my next novella, CHASING GHOSTS, will be released. It will be my first work with Sinister Grin Press. We should have a cover reveal for this one soon, too. 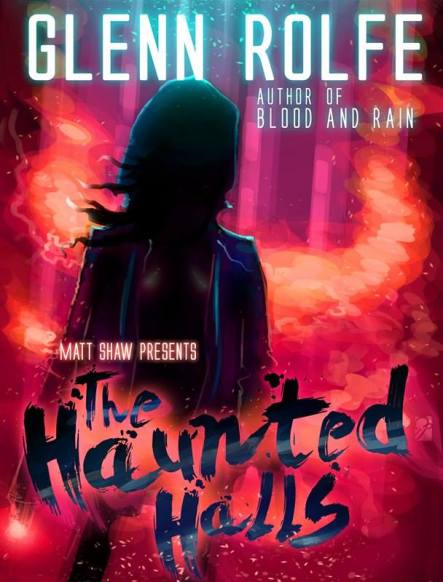 September 3rd will see the release of the new Matt Shaw presented version of my novel, THE HAUNTED HALLS. This will be an exclusive eBook deal with Mr. Shaw in command. Anyone who is interested in receiving review copies will have to talk to him. I am very pleased to be part of the Shaw Family and I’m grateful that he’s seen it fit to release one of my works. Pre-Order your copy today: THE HAUNTED HALLS

I’m currently doing final revisions on my novel, WINDOW, and will be submitting it very soon.

As for another novel I’ve finished….BECOMING has become…a headache! As a songwriter, you write like ten songs to get one good one. I think the same idea might apply to writing. Not as bad, but to some extent. Sometimes as songwriters, we work and work on a tune that we believe has something, but for whatever reason, it never turns out right. I feel I’ve reached that point with this novel. After like three re-writes, I don’t feel it is up to the standard I’ve set for my own work. Quality control should start with the author. I think the final work is okay, but I want to release work that is better than okay. So, it is going back in the trunk. I’m sure I’ll take another crack at it, but for now, I have plenty of other stories to finish.

I want to thank everyone who read, shared, and commented on my last post, Why You Gotta Be So Mean….Again.  I’m happy to see I wasn’t alone in thinking that some writers are worse cry babies than the bad reviewers. I’ve still seen it on social media in the few days since my post, so I guess I’m just going to have to learn to use that “unfollow” option on my Facebook feed. Some of the whiners are friends of mine. I like them and their work too much to unfriend them, but I can definitely stop getting their sloppy tears on my computer screen and their over the top bashing of “bad” reviewers. I think its pathetic and childish. And with that, I hope to put the whole conversation to bed. I don’t like letting their negativity induce my own. Let’s move forward and keep it on the pos!

I also want to touch on the latest news from the Samhain Publishing camp. After all the cuts and streamlining of the company, Samhain has decided that they can in fact carry on. I’m pleased with this decision and hope they will make better decisions moving forward. I’d love to see them rise up and become favorite destination for horror. That said, I got my rights back for the one book I had lined up with them and have no plans currently to send them any future works. I’m not ruling it out, I’m just busy in other places right now. 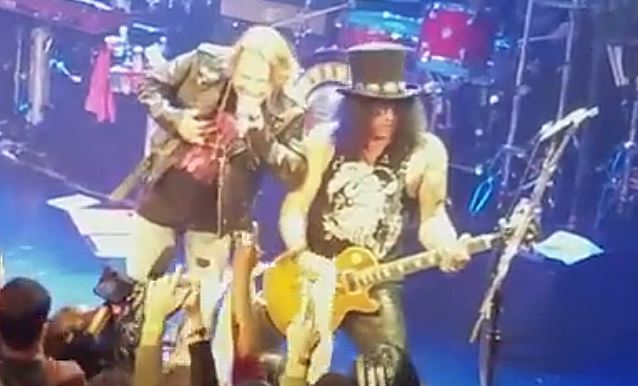 Guns N’ Roses kicked of the Not in this Lifetime Tour last night in Detroit. Axl is back on his feet after breaking his foot at the surprise gig in April, and the reviews have been great.I cannot wait to see them in July. This has been my favorite band since I was 11 years old. They were my first concert back in 1993, and I’ve been dreaming of the day that Axl and Slash would patch things up and get back in the ring together. I’m psyched to see them play personal favorites such as “Estranged” and “Coma”, but also, I’m really hoping they add “Madagascar” to the set. That was my favorite song off Chinese Democracy and I’d love to see them play it with Slash and Duff. July 19th can’t come soon enough!