Leah DeGarmo has the power to cure with just a touch. But with her gift comes a dark side: Whatever she takes in she has to pass on, or suffer it herself. Now a sadistic criminal has discovered what she can do and he’ll stop at nothing to control her. He makes a mistake, though, when he kills the man she loves, triggering a rage inside her that releases a new power she didn’t know she had: the ability to kill. Transformed into a demon of retribution, Leah resurrects her lover and embarks on a mission to destroy her enemies. The only question is, does she control her power or does it control her?

Ashe had everything going for him. He had a successful career, a stable life, and a beautiful fiancée, until she died…and was resurrected. Now everything is falling apart. In addition to Mardi Gras floats, the streets of Mobile are filled with walking corpses. Somehow Ashe knows it’s all connected back to him. Can he and his friends stop the sinister forces at work, or are their revels ending—along with their lives?

The secrets of life…and death!

For centuries scientists have sought the secrets of life itself.  However, these experiments have often gone very, very wrong.  Gathered together in this volume for the first time are two novellas by Sèphera Girón that show exactly how terrifying these attempts can be.  In Captured Souls, Dr. Miriam Frederick is determined to create the perfect human specimen—and the perfect lover—with decidedly unexpected results.  And in Flesh Failure, a young woman pulls herself out of a shallow grave to roam the foggy streets of Jack the Ripper’s London, desperate to find answers…and what she needs to remain alive!

Will Pallasso has brought his wife and young son, Billy, back to his childhood home to settle his late mother’s affairs…and remove all traces of his haunted past. But now hideous memories are coming back to Will, and Billy has started suffering from night terrors. Returning to this house was a big mistake. Some memories should not be disturbed, and some nightmares will not stay buried forever.

“Manages to build some serious suspense and will easily freak out those who suffer from Coulrophobia. A satisfying, well done creep-fest.”  – Nick Cato, Horror Fiction Review 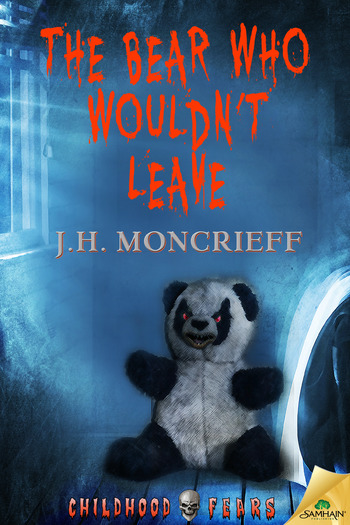 Still grieving the untimely death of his dad, ten-year-old Josh Leary is reluctant to accept a well-worn stuffed teddy bear from his new stepfather. He soon learns he was right to be wary. Edgar is no ordinary toy…and he doesn’t like being rejected. When Josh banishes him to the closet, terrible things begin to happen.

Desperate to be rid of the bear, Josh engages the help of a friend. As the boys’ efforts rebound on them with horrifying results, Josh is forced to accept the truth—Edgar will always get even. 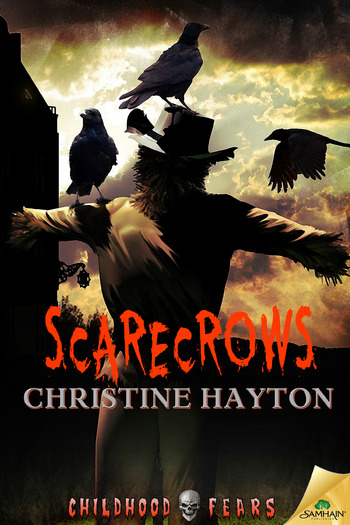 They do more than frighten birds. Much more.

Early one morning in the fall of 1964, Robert searched for his missing six-year-old daughter, Cathy. He found her asleep in a nearby cornfield, covered in blood and holding a small axe. A few feet away lay the mutilated body of her classmate Emily.

Assumed guilty of murder, Cathy lived in a hospital for insane children. She always gave the same account of what happened. She talked of murderous scarecrows that roamed the cornfield on moonlit nights. Her doctors considered her delusional. The police, her neighbors and the press thought she was dangerous. And so she remained incarcerated. No one believed her. That was a mistake.

No one in Anders Bach’s family believed his old tales of Winterwood, a place where Krampus and his Wild Hunt rule a frozen land and where bad children don’t get coal for Christmas, they get baked into pies or forced into slavery. But now the Yule Lads have kidnapped Anders’s grandsons, and he has to rescue them before they’re lost forever. Anders and his daughter must cross the divide between worlds and enter Winterwood, where evil holds sway and even the reindeer have a taste for human flesh. By the time the sun rises, they’ll learn the awful truth about Winterwood: there is no escape without sacrifice.

Seven great new releases from Samhain Publishing!  All discounted for May. Click the covers  to grab a copy from Amazon, or go to Samhainpublishing.com

Come back tomorrow for the Cover reveal for my next Samhian novel, Blood and Rain. It promises to be a howl.  😉