We’re on the Eve of Destruction: January Horror from Samhain Horror…Cool as Hell 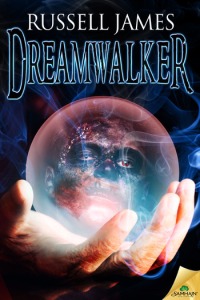 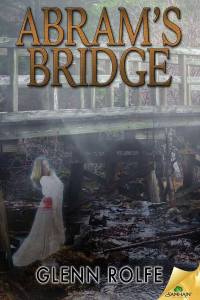 January 6, 2015.  I’ve read Russell James’s Dreamwalker (Awesome! My interview with Russell will be up on iHorror.com on Wednesday, my review will follow next week). I just started Hunter’s Island of the Forbidden (so far, so good), and will be ordering Janz’s The Nightmare Girl tomorrow from Barnes and Noble.

Just a little sidetrack here…After following some messages between readers and authors recently, I came up with a plan. Maybe we can al jumpp on board with this. Here me out.  All Samhain titles can be stocked (though they usually are not) and ordered at your local Barnes and Noble store. My thinking is that all of you horror readers out there who love paperbacks make the trip to the B and N nearest you and place all of your Samhain purchases through them, maybe we can get horror authors outside of King and Koontz some love in their stores. It might not work, but I’m willing to try. I hope you will consider it, as well.

And of course the fourth Samhain release is my debut novella, Abram’s Bridge. I’m honored to be included in this amazing January line-up.  Thanks Samhain, thanks to our wonderful leader, Mr. Don D’Auria, and congrats to all my fellow January release buds.

Check the new releases out below and click on the covers to place your orders!  Or you can go order them tomorrow at the book store!

Playing with fire has never been more dangerous.

When family man Joe Crawford confronts a young mother abusing her toddler, he has no idea of the chain reaction he’s setting in motion. How could he suspect the young mother is part of an ancient fire cult, a sinister group of killers that will destroy anyone who threatens one of its members? When the little boy is placed in a foster home, the fanatics begin their mission of terror.

Soon the cult leaders will summon their deadliest hunters—and a ferocious supernatural evil—to make Joe pay for what he’s done. They want Joe’s blood and the blood of his family. And they want their child back.

metimes, the dead are best left in peace.

Jessica Backman has been called to help a strange family living on a haunted island in Charleston Harbor. Ormsby Island was the site of a brutal massacre two decades ago, and now the mysterious Harper family needs someone to exorcise the ghosts that still call it home. The phantoms of over one hundred children cannot rest.

But something far more insidious is living on the island. When the living and the dead guard their true intentions, how can Jessica discover just what sort of evil lurks on Ormsby Island? And why is Jessica the only one who can plumb its dark depths?

What if you lived in two worlds, and could die in either?  Pete Holm can. He is a dreamwalker, able to travel to the realm of dreams, including the devastated world of Twin Moon City, where an evil voodoo spirit holds living souls in terror with his army of the walking dead.

In the waking world, drug lord Jean St. Croix knows only the power of the dreamwalker can stop him, so St. Croix vows Pete must die.

Pete is the only hope to rescue the lost souls in Twin Moon City…unless St. Croix kills him first. Can anyone survive when two realities collide?

There is a darkness in this town, and it’s buried beneath Abram’s Bridge.

When Lil Ron meets Sweet Kate under Abram’s Bridge he is mesmerized. And when he realizes this beautiful girl is a ghost, it frightens him, but also draws him to her. Curiosity and a drive to make things right lead Lil Ron into a tangle of small-town secrets involving his own father and other members of this otherwise quiet community. Bit by bit, he will uncover the truth about Sweet Kate, a story of heartbreak, violence…and fear.

For more on these new releases check out these new interviews: