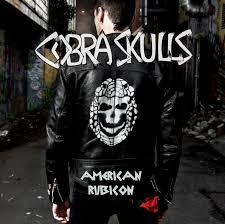 I remember the first time I heard the Cobra Skulls. The song was called, Faith is a Cobra.

“well I don’t know if  god is coming back but I think you’re fucking crazy to welcome an attack that would signal Armageddon, but to you it’s just as well cause you don’t know you’re going to go to hell”-Faith is a Cobra (from Sitting Army)

The sound drew me in; the lyrics kept me coming back.

Their debut album, Sitting Army (2007, Red Scare Records), featured so many terrific songs, but this band wasn’t just bringing the sound, they brought something more to the table…these guys stood for something. They stood for many somethings. Not just a random “serious” song stuck between a bunch of tunes about girls and dead end towns, but an album of serious songs (with a song about a girl stuck in a dead end town in-between).

Songs about California’s ridiculous use or misuse of water (Cobra Skullifornia), songs about political, homophobic hypocrites (The Cobra and the Man Whore), songs about overpopulation (Overpopulated),  songs about the faults in the ICE (ICE in the Night), songs about governments that push their “freedoms” onto countries who weren’t necessarily interested in that countries “freedoms” (Cobra Acoustic). You get the picture here, (yeah, they used to put “cobra” in all of their song titles)…these guys were more than loud, obnoxious punks in love or hate with small town dealings. These guys were all about the big picture.

They slithered out of Reno, Nevada and toured across the world. Lead vocalist and main songwriter, Devin Peralta , sang a handful of songs in Spanish (or at least a verse or chorus in Spanish), yet the message (to this non-Spanish speaking fool) still came across loud and clear. They put out three amazing albums (Sitting Army, American Rubicon, Agitations) and a number of Ep’s and singles. All excellent!  I was lucky enough to see the band in Boston. They put on an amazing show. I even got to meet Devin! (I wish I’d had the balls to say more to him than “hi, you guys are awesome.”) 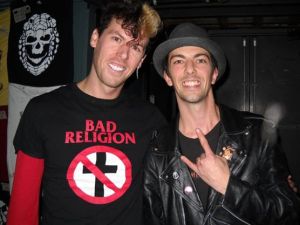 Cobra Skulls officially called it quits on December 19th, 2013. And just like that, my favorite punk band of the last…well, since Rancid was still relevant, walked away. It took me all this time to process my feelings on this surprising separation. They were like that super-hot girl you dated who also had brains and loved True Romance and Life Won’t Wait. You were lucky to have her when you did. We were lucky to have Cobra Skulls for the time that we did. Nothing gold can stay.

Thanks for the music, guys.

“As I look into the atmosphere, I change with every breath I take/ I’m beleaguered by indifference and denial of all the mess we make at the same time quick to herald how we harness what Gaia will provide, but the effect is not benign.”- Solastalgia (from Agitations)